According to a statement by the Ministry of Foreign Affairs and Trade, the minister said at a press conference held during the break of the EU Foreign Affairs Council that the main topic of the meeting was the war in Ukraine. "I see that despite the start of a new year, the attitude towards war has not changed and the same warlike atmosphere prevails," he said.

As an example, he cited that EU High Representative for Foreign Affairs and Security Policy Josep Borrell proposed that the bloc should contribute an additional €500 million from the European Peace Facility to finance arms shipments to Ukraine and €45 million to the Ukrainian military training mission. 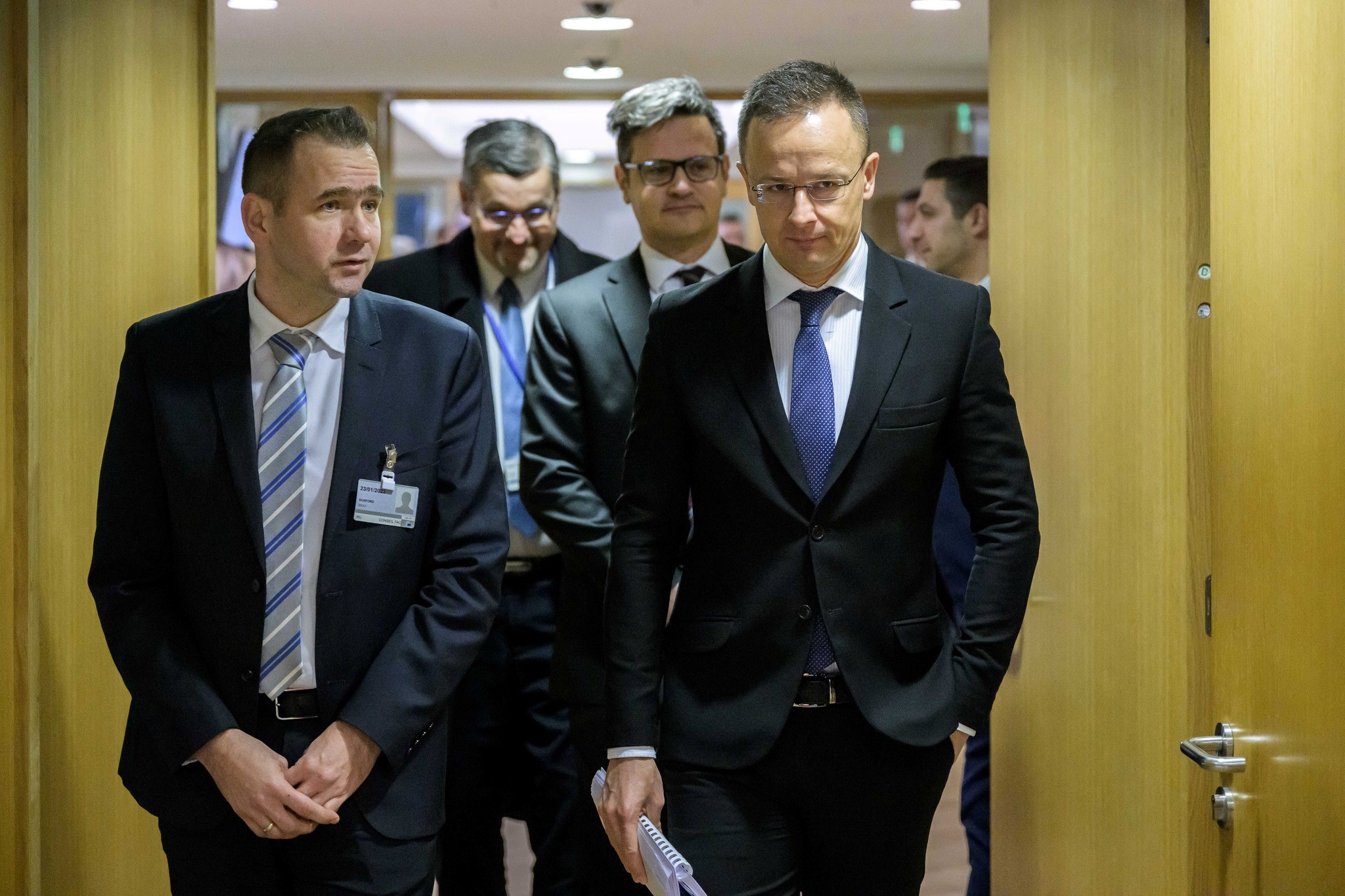 "Any decision that could lead to a prolongation or potential escalation of the war is contrary to our interests and we do not consider a good idea to increase arms transfers, but we will not prevent the implementation of the European Union's decision in this regard," he said.

Szijjártó then raised the issue of "concentrated and serious attacks" against the Hungarian national community in Ukraine.

He strongly protested against the sudden dismissal of a large number of school principals and teachers of Hungarian nationality without any justification, and the obligation of institutions to remove Hungarian national symbols. "These are all signs of a serious, concentrated anti-Hungarian attack," he warned.

"All this is unacceptable, and not only we Hungarians, but also the European Union, must take action against this. It is unacceptable for anyone to present this as a bilateral issue," he added.

He pointed out: Ukraine, as an EU candidate country, must respect the rules of the community, and guaranteeing the rights of national minorities is a common value and obligation.

The minister stressed that they expected that the negotiations on the candidacy would improve the situation of national communities in Ukraine.

"This would be the logical thing to do, this would be the right and regular thing to do, but this is not what is happening," he said, underlining that the rules adopted in December create an even worse situation, which, combined with serious legal attacks, is a cause for serious concern.

He said that the laws in force in 2015 should be returned to, and called the hampering of Hungarian-language schools unacceptable.

"The concentrated attacks on Hungarians and the anti-Hungarian actions make it very difficult to make decisions in the coming period that require Hungary to make sacrifices in order to support Ukraine," he said.

"Therefore, we expect Ukraine to respect the rights of the Hungarian national community, (...) and we also expect the European Union to act in this matter," he added.

In response to a journalist's question on the matter, Szijjártó stressed that so far the Ukrainians do not seem to be heeding any calls for attention from European states.