The Government rejects the accusations of using the Russian narrative

Home / The Government rejects the accusations of using the Russian narrative

According to the statement by the Ministry of Foreign Affairs and Trade, the minister told during a break in the EU’s Foreign Affairs Council meeting that the events in Ukraine and their implications "were the subject of a highly emotional ideological debate, where there was little room for common sense and rationality".

He called "a pointless and artificially created competition" the comparison of whether the European Union is providing sufficient support to Ukraine compared to the United States.

In this context, he pointed out that no other economy in the world suffers as much due to the sanctions as the EU, where inflation has skyrocketed. "And of course, we know exactly who benefits from this," he said. 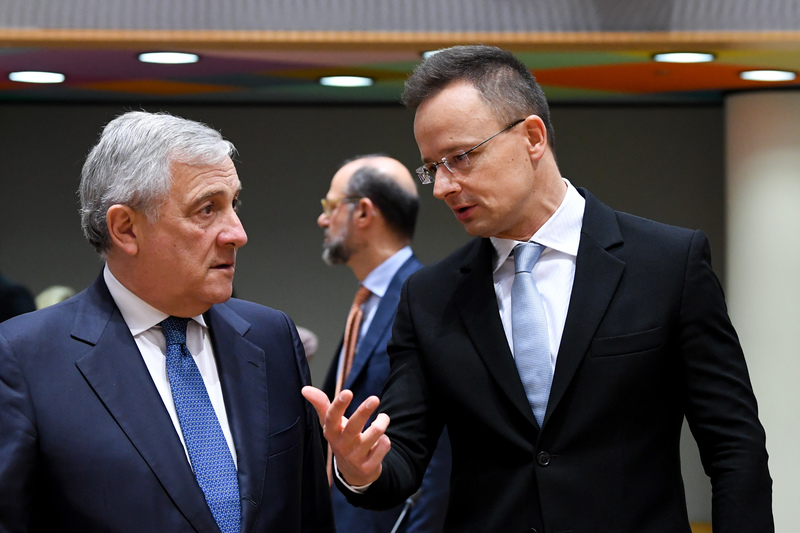 Moreover, he said, the punitive measures imposed have not reached their objectives at all, have not helped to end the war sooner, although on Monday some have already "disputed the very existence of that argument".

In the debate on the possible ninth package of sanctions, Szijjártó said that "some went as far as to say that those who say that sanctions are not working, are using the Russian narrative".

"This is outrageous and must be rejected in the strongest possible terms," he stressed.

"Others may not understand it, but we don't care what the Russians think about what we say. Nor do we care what Brussels thinks about what we say and think. We care about one thing: to look at all existing issues through our own national interests," he underlined.

"Yes, we need to keep our feet on the ground (...) Yes, we have to see that sanctions cause extreme damage to the functioning of the European economy," he said.

The minister said that the arguments about why there should not be direct or indirect talks among warring parties at not legitimate.

"Peace is needed, peace talks are needed, and for that the warring parties must talk to each other, and as soon as possible," he warned.

On the planned financial aid programme for Ukraine, he reiterated that Hungary was ready to continue supporting Kiev, but only on a bilateral basis, and would not contribute to the joint European borrowing.

"The common future is not in the direction of common debt," he said.

"We started supporting Ukraine much earlier than those who now proudly present themselves in Europe as Ukraine's best friends," he added.

Szijjártó also touched on the agenda item on cooperation between the EU and African countries. He stressed that the continent, and Hungary in particular, is under double pressure, with war in the east and illegal migration in the south.

He said that the borders must be protected, tough action must be taken against smuggling networks who violate the sovereignty of European countries, while African states must be supported in tackling the root causes of migration.

On the issue of migrant rescue ships in the Mediterranean Sea, he said that "those who operate these boats on the pretext of human rights are nothing more than human trafficking networks".

In response to a journalist's question, he described last week’s resolution passed by the German parliament to cut €7.5 billion EU funds to Hungary over corruption and rule of law concerns as "political blackmail."