No decision has yet been taken on the EU gas cap; the government still thinks that the introduction of the cap is a bad idea and considers it unnecessary, but several particularly dangerous elements have been removed from the original proposal, Minister of Foreign Affairs and Trade Péter Szijjártó said in Brussels on Tuesday.

According to a statement by the Foreign Ministry, the minister said at a press conference after the EU energy ministers' meeting that the much longer than planned negotiations, lasting well into the evening, failed to reach an agreement, as the front lines had stiffened and the issue would be back on the agenda next week.

He stressed that the vast majority of member states – almost all except our country – could accept the introduction of the price cap, but there were still differences of opinion on the details.

"We think that a gas cap is a bad, unnecessary and dangerous idea for tackling the energy crisis," he said. 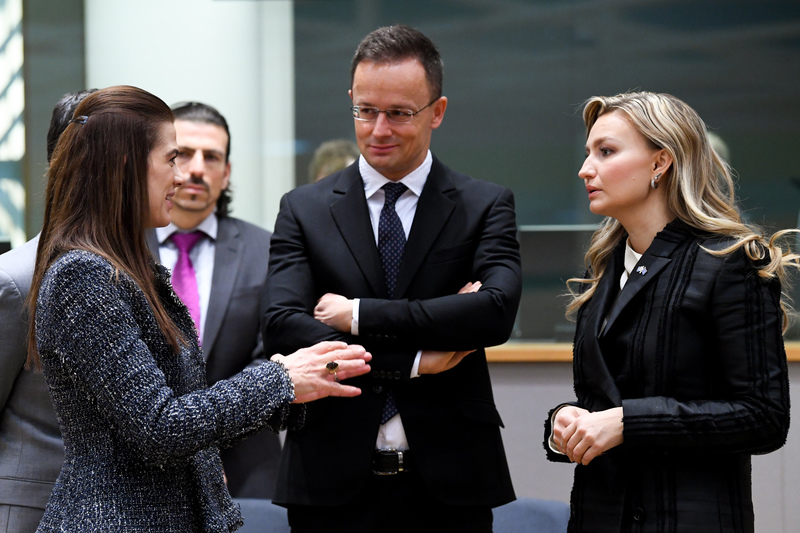 Szijjártó complained that the planned measure would be a rude artificial intervention in the gas market, while the EU has never done so before.

"Moreover, there is no impact assessment, and to enter into such a dangerous, unprecedented operation in such an important, sensitive and vital market as that of natural gas without such an assessment is extremely dangerous," he said.

He added that the price cap would have been a response to the record prices seen in the summer, which have since recovered. The last few months have shown that the situation has stabilised without any market intervention.

The minister also pointed out that the measure could also open the door to serious speculation, because if the level of the price cap is known, any seller will know that the EU is willing to pay that much anyway, so this could even lead to a price increase in a counterproductive way.

More importantly, he stressed, the proposal would seriously jeopardise energy security, as full substitution of Russian gas is physically impossible in the medium term and the price cap would certainly further reduce the amount of gas available.

"The whole proposal is damaging, dangerous, threatens the security of energy supply in Europe, opens the door to speculation and could even lead to price increases," he said.

Szijjártó also said that the proposal contradicts European Council guidelines that the price cap should not affect long-term contracts and that the specific energy situation of member states should be taken into account.

On the former, he underlined that the price cap interferes with the Rotterdam gas exchange pricing, which therefore has an impact on the price formulae of long-term contracts.

At the same time, he welcomed the fact that "two attempts were beaten back", i.e. two provisions were removed from the proposal which had not yet been adopted but circulated by the Council Presidency.

The first was to regulate OTC transactions from the price point of view, which would have reduced member states' freedom and possibilities to purchase gas, since it would not have allowed contracts to be concluded on a bilateral basis without respecting the price cap, he said.

The second and even more important element was that the modification of long-term gas contracts would have been subject to consultation with the European Commission, which, in the words of the minister, would have "totally destroyed the security of Hungarian gas supply".

"I said this at the meeting this morning, that if this had been adopted in that form, everyone in the room would have had to go home today knowing that the security of Hungarian gas supply had been killed," he said.