In the framework of the Hungarian V4 Presidency the Permanent Representation of Hungary to the EU organized a half-day conference on circular economy in the Visegrád countries. At the conference we showcased several solutions and initiatives from the region which contributes to the transition to the circular economy in line with the European legislation.

In his opening speech Gábor Baranyai Deputy Permanent Representative of Hungary emphasised that our aim with the event is to present the achievements of the region in the field of circular economy. This topic has gained a lot of attention in the last few years and are supported by numerous legislative proposals from the European Commission. Circular economy and resource efficiency are equally important for the environmental protection, as well as for ensuring competitiveness and security of supply. Ambassador Baranyai highlighted that BIOEAST Initiative is a good example for the regional cooperation in the field of circular economy and bioeconomy. 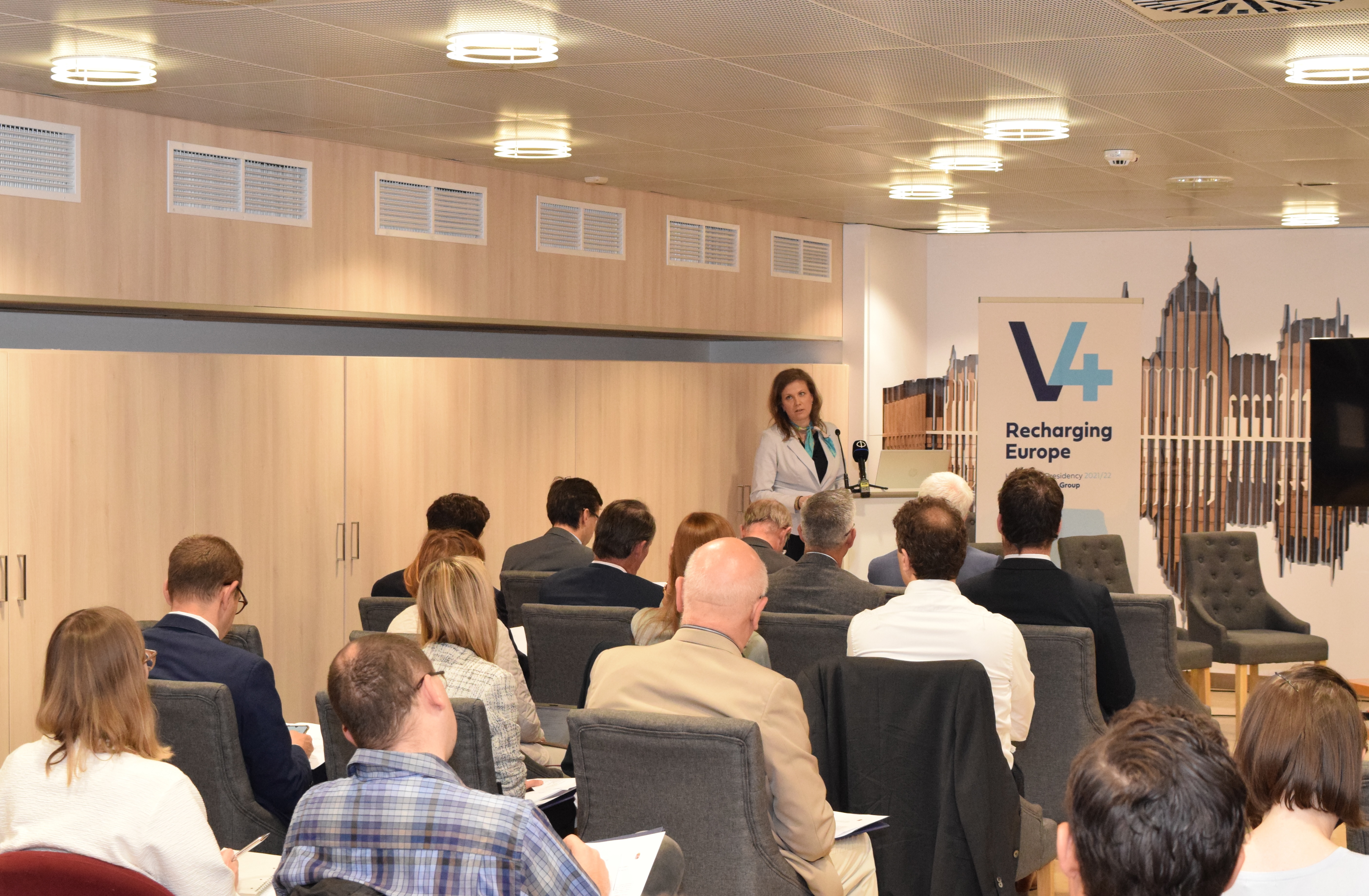 Anikó Raisz Secretary of State for Environment of Hungary underlined that the transition to circular economy is a priority for Hungary and gave an overview about the supporting Hungarian legislation. She stressed that the transition to circular economy contributes to the innovation, creates new jobs and strengthen competitiveness. It also requires coordinated effort from different stakeholders in the society; awareness raising and new approaches are crucial both in production and consumption. The newly established Circular Economy Innovation Platform supports the inclusion of different stakeholders in this process.

Martin Basila, founder of the Slovak startup company Sensoneo presented their products which provide digital solutions for several waste management challenges such as monitoring of the amount of waste and setting up deposit refund scheme.

Izabela Ratman-Kłosińska from the Institute for Ecology of Industrial Areas of Poland talked about the Polish-Hungarian collaboration for boosting the environmental technologies verification (ETV) as a circular economy policy support tool.

Zoltán Reng, CEO of Hungarian bioeconomy company, Hungrana presented the company’s innovative solutions for using every part of the corn and produce dozen of products out of it. He emphasized that an improved European legislative framework could encourage companies to turn to circular solutions and produce circular products. 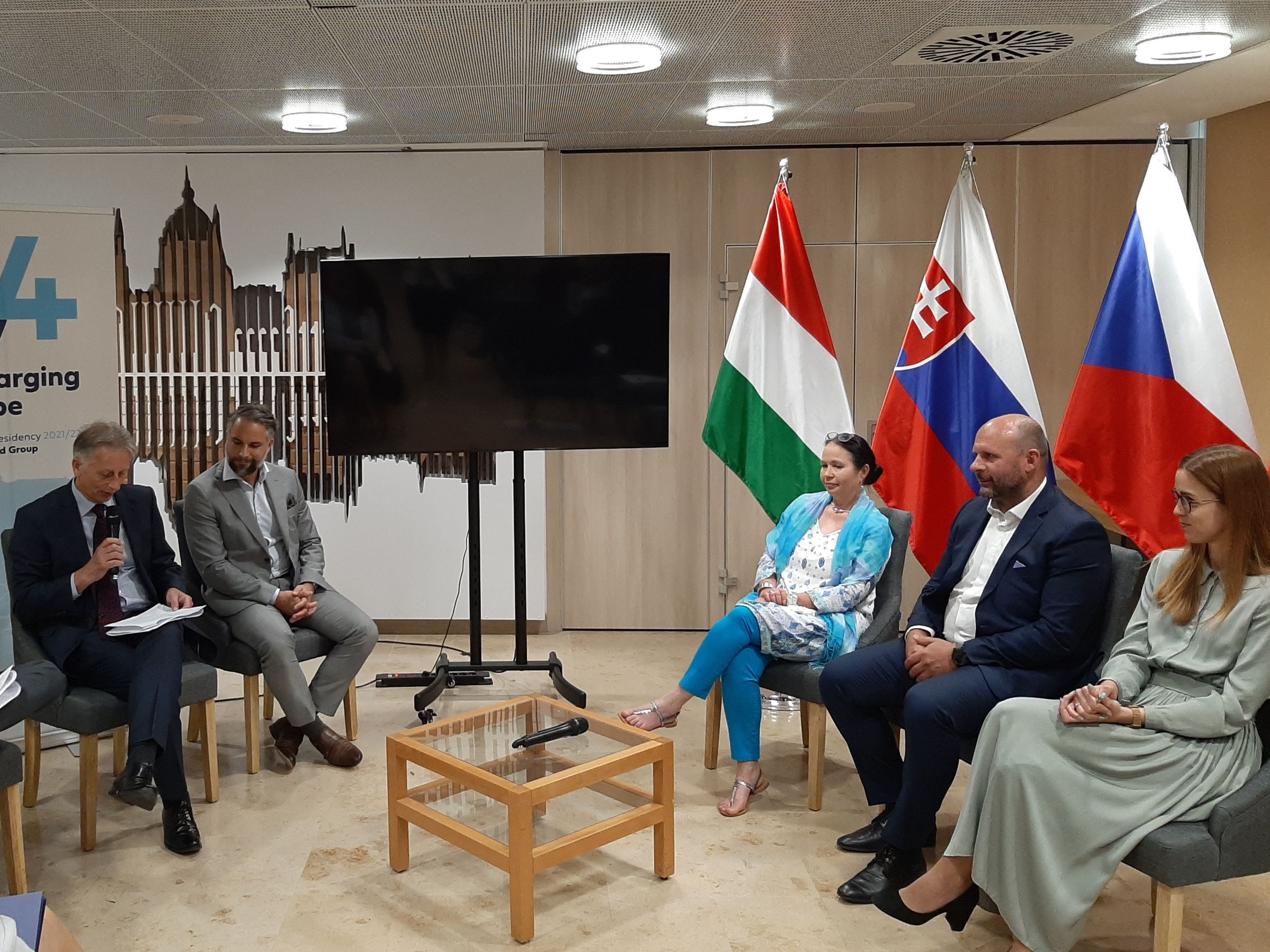 In the panel discussion Peter Handley Head of Unit of DG Grow highlighted that transition to circular economy can help the process of becoming independent from Russian fossil fuels and can secure the supply of rare raw materials. Industrial actors emphasized that ambitious and clear legislative framework would encourage investments, innovation and could facilitate access to market.

In the second section best practices of different stakeholders such as municipalities, hotspots were presented. The municipality of Prague and Veszprém outlined their strategies, awareness raising campaigns and other initiatives which aims to create greener and more sustainable cities.

Agnieszka Sznyk, President of The Institute of Innovation and Responsible Development in Poland presented their projects focusing on companies and on the society in the field of circular transition. In the panel discussion Laura Hetel from EU Mission for Climate Neutral and Smart Cities underlined that the implementation of the European legislation happens at local level therefore the actions of municipalities can provide quick results.